Caffeine and stuttering - another paradox? 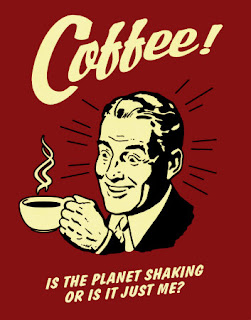 It is well known that caffeine, a major ingredient of eg. coffee and tea, can result in increased stress levels, and as a result many people – me included – believe that people who stutter should avoid caffeine-containing drinks and foods, as stuttering is, for many people if not most, to some extent stress-related.

A feature of stuttering, however, is that it can be fascinatingly paradoxical – and this could also be true of the relationship between stuttering and caffeine. For instance, in a recent web discussion somebody mentioned that he stopped taking caffeine for close to eight weeks (long enough to exclude any withdrawal effects), that his fluency actually deteriorated during that time, and only improved again after he resumed his caffeine intake. How can this be explained?

I can think of a few possible reasons:

1) Though caffeine is an “upper” and can boost energy levels, it is paradoxically also a pain reliever and is used in various painkiller pills. Its anaesthetic effect may impact on this particular person’s central nervous system in a special way, resulting in a reduced stress base level. It is well known that not everyone responds to substances in the same way, and caffeine may have this effect on this particular person.

2) The mild "high" experienced after taking caffeine may manifest itself in increased energy, optimism, confidence and a general sense of wellbeing (isn't that why caffeine-rich coffee or tea is so popular?), and these effects can in some people perhaps reduce stress, so improving fluency.

Have a look at the results of the informal survey below, and please participate if possible. From the results it would appear that a large majority of people who stutter find that drinking tea and coffee make them stutter more.