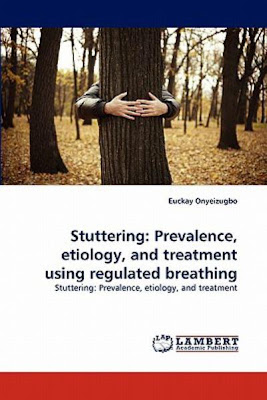 I am excited about a discovery I recently made.

For the past few decades I have spent much time in trying to promote the Passive Airflow approach to stuttering, as in my experience this is a step in the right direction. However, what always worried me was the apparent scarceness of objective, independent research to back it up.

But recently (and better late than never!) I found out that the Airflow approach, which is a proprietary technique and has recently been patented, has its generic equivalent called the Regulated Breathing (RB) approach. RB has been known since 1974 when an article titled “A rapid method of eliminating stuttering by a regulated breathing approach” by Azrin, N.H. & Nunn, R.G. was published in Behavior Research and Therapy, 12, 279-286.

This was followed by various clinical experiments, workshops and resulting articles, the majority of them showing positive results with stuttering children as well as adults. For an online 2006 article appearing in The Journal of Speech-Language Pathology and Applied Behavior Analysis summing up the experiments up to 2006, check out THIS LINK.

An interesting feature of the RB experiments is that the proponents thereof are mostly psychologists. A probable reason for this is that RB, and the related Airflow approach, form part of the behaviorist branch of psychology. Behaviorism, in plain English, is that section of psychology in which HABIT plays a major part.

If anybody is interested in trying out RB, do check out the above academic article, or else google ‘Regulated Breathing Stuttering’ for more details. Apart from the Airflow therapy offered by the National Center for Stuttering (NCS) in New York I don’t know of any institution where this therapy is offered, but the following institutions have done work in this respect and may provide courses: in the US: North Dakota State University (dept of psychology), Southern Illinois University, Oregon Health & Science University, Western Michigan University and the University of Wisconsin-Milwaukee. Outside of the US: Laval University, Quebec, Canada and Leiden University, the Netherlands. Work has also been done in Norway.

In Nigeria, Africa, an academic book on RB was published this year which can be bought via Amazon – check out the link HERE.

The Airflow self-help program offered by the NCS at http://www.stuttering.com/ at this stage seems to be the most organized and advanced RB facility. The program (consisting of a range of CDs, videos, a book, a manual etc.) is not cheap, however – for orders outside the US the cost is $120-90.

A word of caution – for adult PWSs, RB is NOT a miracle method and may require perseverance and daily practicing. It also may not work for everybody. This is for the PWS who is really serious about improving his fluency. For children and teens it should be much easier, however.  When my stuttering son was about ten years of age I taught him the airflow, and it did wonders for him. I hope that the above information will be of help. Check out my own online book on the Airflow approach which can be read HERE.